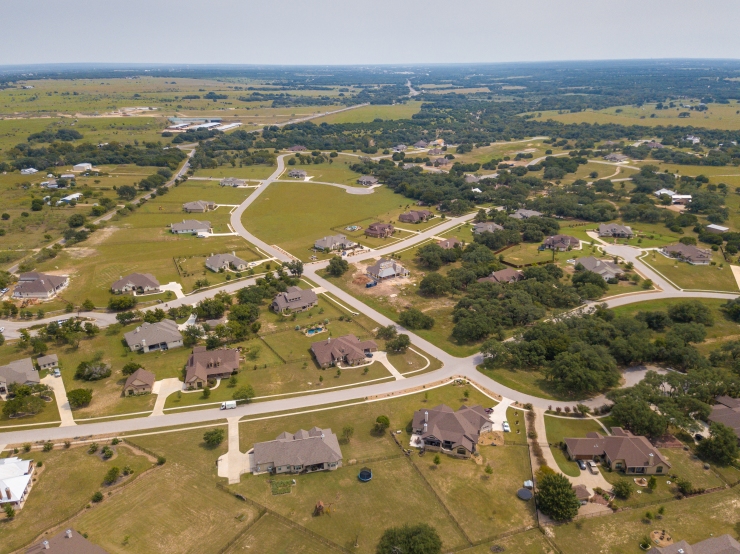 Cole Stevens wants his Kindergartener son to one day graduate from Liberty Hill High School. He also wants to keep the house he and his wife bought four years ago— the first home the young couple has ever owned.

The Stevens’ house sits 70 yards outside the Liberty Hill school district line. As suburban rooftops multiply by the hundreds in this once rural area, the district’s open enrollment policy that allows his child and 461 other out-of-district students to attend some of the region’s best rated schools may soon be coming to an end.

“No one foresaw how quickly Liberty Hill would grow,” Stevens said.

He’s not the only one.

“We knew there was a risk they could always close it, but everyone we talked to said they wouldn’t do that anytime soon,” said Kandle Clark, whose daughter attends Liberty Hill Intermediate School as a transfer student.  “We love our schools, and my daughter loves her friends in class.”

LHISD Superintendent Dr. Rob Hart says that while open enrollment is “still currently beneficial to the district,” increasingly crowded classrooms and a looming reclassification in the state’s public education funding structure could soon tip the scales against it.

“We never made any promises it would be there forever,” he told the Independent on Tuesday.

Texas schools receive state funding in inverse proportion to wealth per student. Under the so called “Robin Hood” provision, if a district reaches $514,000 in taxable property value per attending student, the funding stream is reversed. That district must then make recapture payments into the state’s education budget.

In areas like Liberty Hill, where soaring land values are outpacing enrollment, transfer students can help keep the math in the district’s favor by padding out  head counts without adding taxable value.

Crossing the recapture threshold, however, changes the equation. No longer subsidized at that point, transfer students would then only add to the already crowded classrooms, which have nearly 4,000 in district students.

This would “probably” spell the end for the open enrollment policy, Hart said.

A report from the district’s business office showed that LHISD’s property wealth per student was $362,613 for the 2016-2017 school year, putting it in the category just below the recapture point. The same report estimates that number to rise to $411,429 by the end of the 2017-2018 school year.

Any change in policy would have its most dramatic impact in border neighborhoods like Rio Ancho Ranch. Out of the 78 families living in the neighborhood’s Burnet Consolidated School District side, 85% have children attending Liberty Hill schools, according to data from consultant group School District Strategies.

The nearest Burnet high school is roughly 20 miles away.

“I don’t think we could sell our house if that happened,” said one mother of two in the neighborhood, who also asked to remain anonymous for her children’s privacy.

Sitting on the “wrong” side of the border has already brought headaches. Her son and daughter both attended Liberty Hill schools until this year, when her son failed to meet higher testing requirements made for transfer students.

Now the bus picks him up at 7 a.m. for Burnet Middle School, which the Texas Education Agency has scored below average in state test averages and year-over-year academic improvement. His sister leaves nearly an hour later to attend Bill Burden Elementary School, a Liberty Hill school scoring above average in those same categories.

The family has already tried once to move inside Liberty Hill’s district, but could not find a buyer for their two-story home.

“Why would someone buy it if their kids couldn’t attend the better rated schools?” the mother asked.

The Liberty Hill Board of Trustees considers the district’s transfer policy every May, when updates to the numbers determining its state funding designation are released.